March 13 - Took Pete to Emil's to work dogs. Several handlers were there, which was a nice buffer for me. Did some close up work, flanks, fetching etc. Emil told me I needed to extend him out, so after lunch Cookie and I did outruns back and forth. Over all I was pleased with our day. I know that I was a little nervous, but Pete did good.

March 14-16 - Took these days off - had to catch up on things around the house and other errands in town. All the kids were home as we had Mandie's baby shower. A good weekend with the family.

March 17-19 - Worked Pete on sheep. Working on extending him on his outruns and reminding him of his flank commands. Goats only came in on the 17th, so Bess didn't get much work.

March 20-21 - Made a trip to Kay's at Normangee. It's long trip - about 4.5 hours one way, but well worth it. Kay helped me get Pete extended on his outruns. Most of all she helped me with my timing and precision on corrections. I worked Val both days and she and seem like we're going to be a fit. Worked on driving with both dogs. My focus on Val is to not let her just run around - that's her default safety action. Two longs days, but very good ones.

When I got home on Friday evening, I unloaded Pete from the PU and since I didn't see any of the stock, I just let him do his boy stuff. Then I got Val on the leash to take her to the kennels. When I went to get Pete, I noticed the stock (5 nannies, 2 kids and 6 ewes) were in the edge of the brush in the clearing in front of the house. Pete saw them too, and he started toward him. I started moving toward him and said his name and he bumped out in a huge outrun, bunched the stock perfectly on top, came to balance point, downed himself and waited for my walk up command. He brought them straight and easy right to me. I let him bring them around me, then I downed him on the backside like where you would start a left hand drive. Called him off and he instantly obeyed! I was on cloud nine!!

Then we loaded up Bess in the PU and went to the pasture to gather goats. They were split in three bunches, the first were headed in, so we let them go, then found the others in two bunches in elbow on top of the mountain. We (Bess and I) gathered up one bunch and drove them to the others and then we had driving practice all the way home - down the mountain and across the bottom. Bess did very well.

Val seemed to settle into her kennel just fine. No fussing through the fences with the other dogs and she went right to eating her supper.

March 22 - Spent the day just hanging out and taking a walk with Val.  I worked in the garden and let all the dogs run about and there were not any confrontations. Started feeding Val and egg and plan to do that every fay for a time.

Had to take Bess in the pasture again to gather goats. We climbed the west point as the goats were climbing out on top. Bess pushed them up and then when I got on top, I sent her around and we brought them back down on a better trail. Then she and I followed them in with the PU. She did a good job penning them up. Her outruns are getting better and better and she is really starting to cover all the stock on top, and not stop short.

Enjoying all of my dogs a bunch. 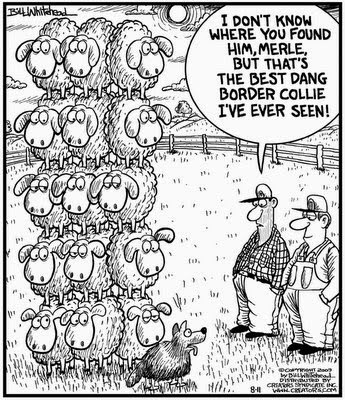 Doniene
I love the Lord. I love my wonderful husband and awesome kids. I love our lifestyle - ranching. I love everything about quilting. I love training and trialing border collies. 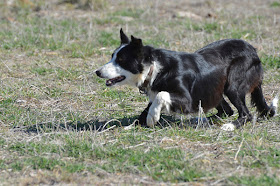 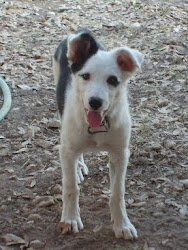 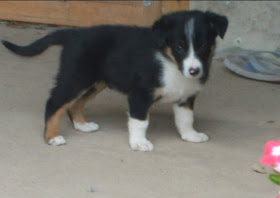 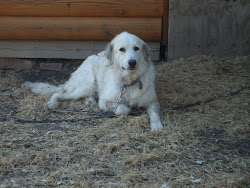